Today is officially the most depressing day of the year!

The Fa-la-la-la-la’s of Christmas are over. We are all back to the monotonous routine of work and school. There’s nothing to look forward to, but its not like you have any money to spend after the holidays anyway. And those long, dark, rainy nights are starting to take their toll. But typically the third Monday in the month is when our January blues hit their peak and have us feeling the lowest of lows – affectionately called Blue Monday. There is even a ‘scientific formula’ – despite this, there is no scientific proof to say that Blue Monday is a real thing!

But the winter blues are pretty common. It’s pretty unsurprising that a change in season can affect our mood – unfortunately for the worse when it comes to the January blues. They have you feeling sluggish and miserable. They make getting out of bed in the morning even more unbearable and have you counting down the days until spring!

But when does a touch of the winter blues become a bit more intense for some? Are you sad? Or are you S.A.D.?

So what is seasonal affective disorder?

The winter blues is a problem, but a relatively minor one – you feel a bit blah and want to eat more cookies tucked up under a blanket on the sofa than usual, but you can function. S.A.D. is more serious. It is a mental health disorder and, as it’s name suggests, can have a significant effect on that person’s mood and well-being depending on what time of year it is.

The symptoms are similar to those associated with depression that can make a S.A.D. sufferer feeling like a hibernating bear who has been woken up – grouchy, lethargic and exhausted. Sufferers can also feel guilty, sad, hopeless and pessimistic. Now this may sounds like non-seasonal depression, but if you have S.A.D you might also experience a craving for carbs, resulting in weight gain and sleeping too much. But also unlike typical depression, S.A.D. lifts once the warmer weather hits.

So, think of S.A.D. as a form of depression that is triggered by the seasonal switch.

Shorter days seem to be the major trigger of S.A.D. Reduced daylight hours after the clocks go back can disrupt your body’s circadian rhythms, or body clock. This 24 hour ‘master clock’ responds to signals from your surroundings, especially light and darkness as they tell us when we should be awake or asleep. During the day, the light entering your eye triggers your brain sends signals to other parts of your body to help keep you awake and ready for whatever your day throws at you. At night, a tiny gland in your brain produces a hormone called melatonin – the sleep hormone – which the light can not stop being produced now.

Shortened daylight hours can disrupt this natural rhythm and lead to S.A.D in certain people, especially as our body clocks also help us to regulate our appetite, energy levels and mood – resulting in the symptoms of seasonal affective disorder.

So, how do we fight this? This link between light and seasonal depression was first recognised in the early 1980s. And as the trigger is a lack of light, it will come as no surprise that the treatment involves getting more light into your life. These scientists pioneered the use of light therapy which essentially is replacing the missing daylight hours artificially for S.A.D. sufferers.

In light therapy, patients generally light in front of a light box every morning for however long their doctor recommends. This light box shines much brighter than ordinary indoor lighting, and has shown to relieve S.A.D. symptoms for as much as 70% of cases after a few weeks of treatment. It’s also important to eat well to banish those carb carvings by eating foods full of tryptophan and staying active to beat that seasonal slump.

But even if you don’t suffer from S.A.D., if you are feeling a little low in winter, getting outside as often as you can, exposing yourself to some light, eating well and even doing some exercise can give all of us that little boost. Even just sitting by a window can help. 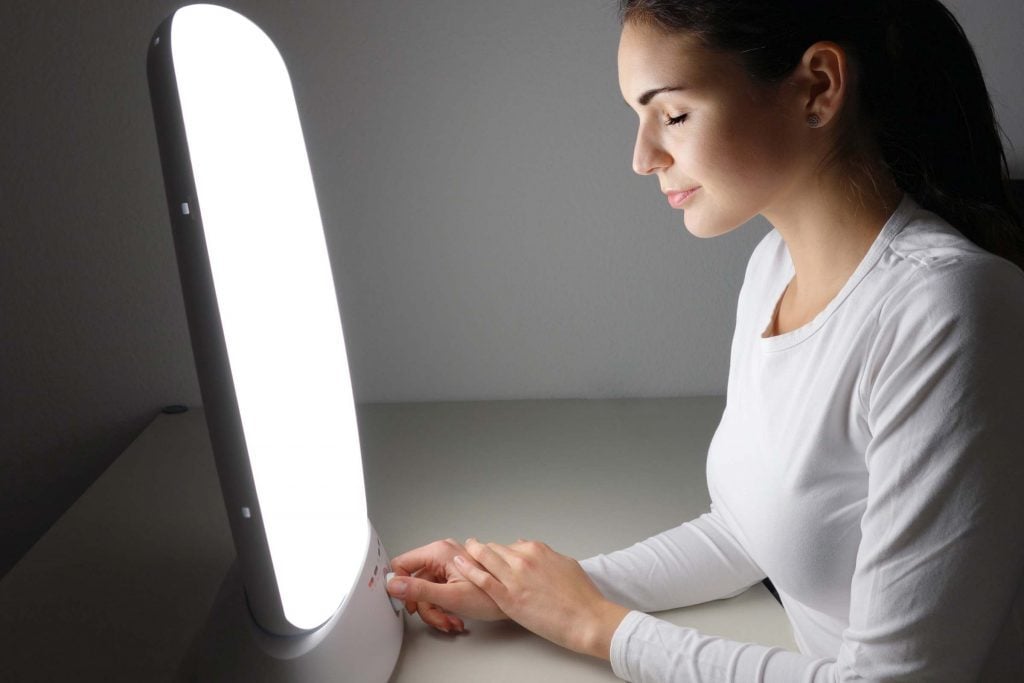 70% of 25-65 year olds in the UK know very little to nothing about S.A.D. It’s believed that 6% of adults suffer from S.A.D. with it being three times more common in women. So, hopefully now you have learnt more about the condition and are more aware of the symptoms so you can help our yourself or a friend.